Channel Letter USA is a wholesale sign manufacturer, located in Delray Beach, Florida. Originally founded in 2008, the business came under new ownership in September of 2017. Unfortunately for the new owner, the company was completely devoid of all social presence, with the exception of a Facebook – which earned only 30 likes in it’s nine years of operation and hadn’t been updated since 2014.

When I came on board in October it was my mission to get Channel Letter on the map. In my research before joining the company I found that Google searches for the company had them coming in eighth on a search list, below all paid search content. Additionally, any images related to the company were of low-quality, or boring to look at. Below please find the content I created for the company – new photos, vibrant flyers, and an updated social media regime. 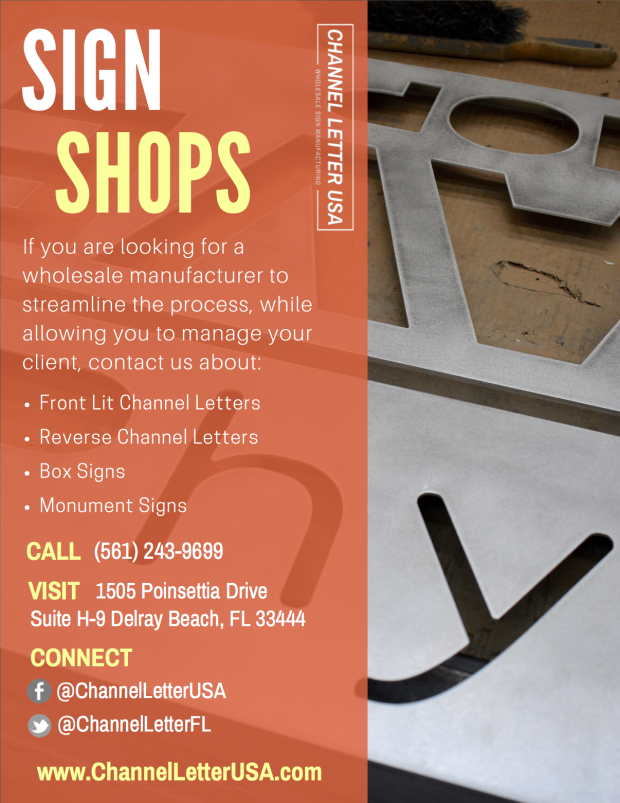 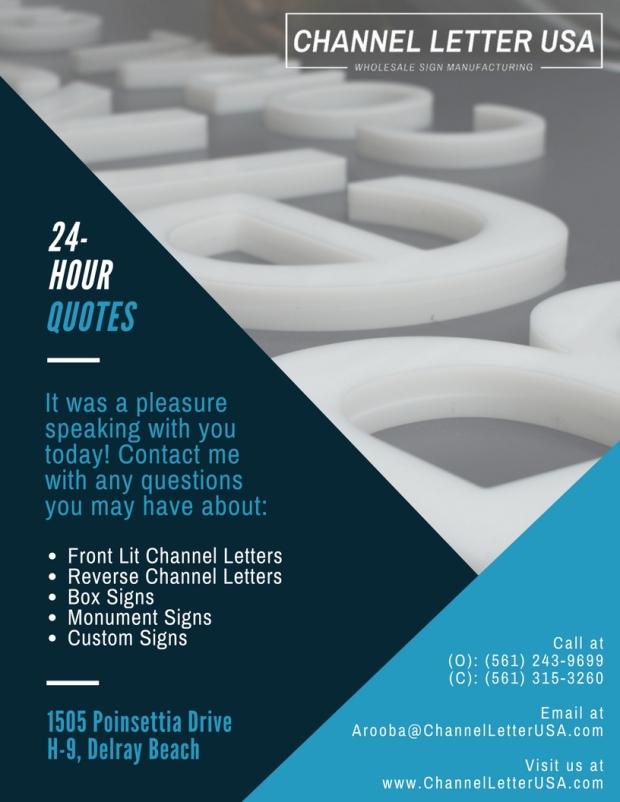 Channel Letter USA is entirely business to business. These flyers will be attached to a MailChimp account in order to send out blast emails to specific clients, such as general contractors, sign shops, real estate developers, or returning customers. 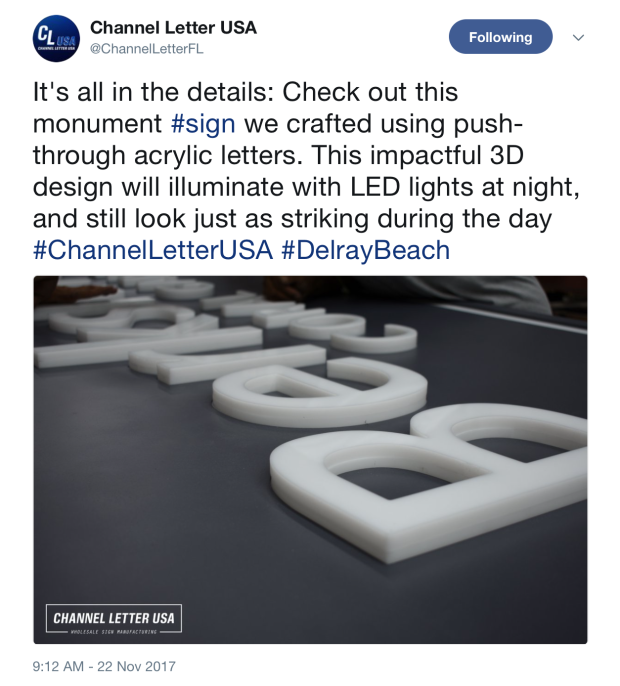 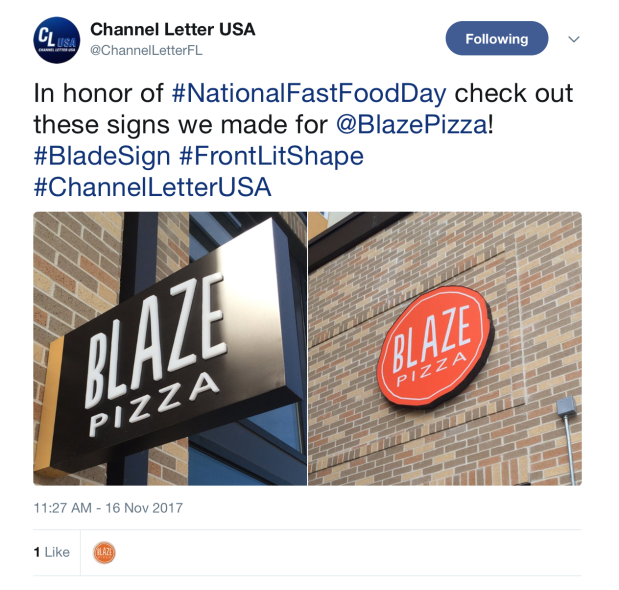 Many sign shops, such as Fast Signs or Sign A Rama, are major clients of Channel Letter. These franchisers do a lot of networking on Twitter, so I made sure that Channel Letter had a Twitter presence as well.

The new Facebook for Channel Letter USA gained 10 followers in two weeks. In the world of signage wholesale, that’s a large jump – especially considering that it is a third of the following the company gained in nine whole years. 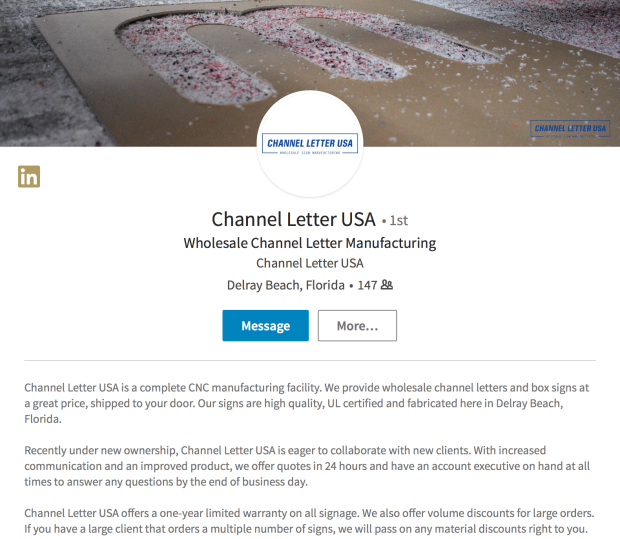 After creating a company page for Channel Letter on LinkedIn, I went ahead and made a ‘personal’ account, to allow for easier outreach between potential leads. Within three weeks of creation the page was up to almost 150 connect, and received 10 potential leads.

After a month with the company, Channel Letter began appearing third on Google search results – before blog content even began rolling! Overall, it was an awesome opportunity to tap into the key components of the brand and market to its relatively limited audience in a new, fresh way.